Home » Anorexia was taking my life

Anorexia was taking my life

It is common for 14-year-old girls to entertain thoughts around fashion, boyfriends and first dates, fitting in with their peers and having fun. I wasn’t thinking of any of those things. In fact, I was not thinking of much at all. Anorexia nervosa was taking over my life. My body was shutting down, and I was dying.

I was in hell. I knew I had anorexia, but it doesn’t stop you from trying to deny it. Lying and trying to hide it from yourself and others become part of the norm. My behaviours were not normal. I don’t know how I got here, but here I was. I could barely walk, I had chilblains on my feet, and my toenails fell out. As well, I had amenorrhea and terrible circulation. You know when you are out in the cold weather, and all you crave for is a nice hot back to help you get warm because you feel cold to the bone? Imagine feeling like that permanently.

I had absolutely no energy, and being able to concentrate or focus on anything was near impossible. The only thoughts I had were around body dysmorphia and how ill I felt. To illustrate just how bad it got, I could not communicate with anyone because the effort was just too much. I became withdrawn and stopped talking. What little energy I had left was just too precious to waste.

My depression was all-consuming, and I was in darkness.

But despite this, I can honestly say that I had no idea I was so close to death. I was mentally ill with anorexia. I couldn’t think clearly, and I certainly did not see myself in the way that other people saw me. My body dysmorphia distorted the way I perceived myself. I knew I was ill, but I didn’t know why, or what had caused it and I certainly didn’t understand how anorexia can destroy your physical health, in the way that it did.

However, my parents, on the other hand, grew more and more concerned and arranged for me to see a psychiatrist. He took one look at me and arranged an ambulance to take me to the paediatric emergency department. The Psychiatrist believed that I was gravely ill. But to be honest, I had no idea what was going on or why.

From this point on, no one conversed with me. The paramedics talked over me and spoke only to my mum. Additionally, they used language that confused me further. I had no idea what they were saying.

In contrast, the doctor who did speak to me on the one occasion in the emergency department was cold, harsh and blunt:

When I arrived at the hospital, things were happening to me, as though I were an innate object. I didn’t understand what was happening, or why and nobody bothered to include me in the conversations. No one tried to give me a chance to explain myself. I think my muteness confused everyone. The consequence of this action reinforced the notion that I was irrelevant. They didn’t see me as a fellow human being, and I felt excluded. Even though I was mentally and physically unwell, I needed and wanted to be involved in my care. Was that not my right?

In addition to inflicting guilt, he determined that I was dying and offered no further explanation. My mum was unimaginably crushed. My doctors assumed I knew why I was there and made me feel like this was my fault.

On reflection, I knew deep down how badly I needed help. But that is the thing with mental illness; you have irrational thoughts that make it difficult to rationalise things and seek that help. I didn’t want to be a burden on anyone. And here I was, being made to feel like a burden. As if I had a choice. I had no choice. I was ill.

What can healthcare professionals learn from my story?

I hope healthcare professionals can learn from my story in many ways.

Firstly, the language used was confusing. I couldn’t understand what people were saying about me. Using jargon and medical terminology is confusing to most people. I know I was ill and perceived to be a child, but I had rights too.

Secondly, although it is difficult to understand why people purposely harm, starve, or attempt to kill themselves, showing empathy and compassion is imperative. I was at a crisis point, and you were my last resort.

Thirdly, you have the platform to make a significant change in their lives of those of us with mental illness, because you are seeing us in their darkest hours.  Anorexia is not a life choice.

Although it is difficult to understand why people purposely harm, starve, or attempt to kill themselves, showing empathy and compassion is imperative.

What can patient’s learn from my story?

I hope patients learn that it is okay to speak up even when you feel unempowered.

You have to have a full understanding of your health and of the healthcare system to see why things are being done a certain way.

Patients should always be at the centre of their own care and often, this requires respectfully demanding it which is much easier when you know what you are talking about.

Speaking up can be hard in general, but especially when dealing with a physical and mental illness. Always speak up, demand the right information, and demand to be a part of all conversations in your care. No one knows your body or your mind like you do.

If you feel that you are not listened to or treated with respect, report it to the Patient Advice and Liaison Service (PALS)at the hospital in which you are treated. Your feedback will likely be used for performance improvement in the future.

If you have a story to share about your experience of poor or good communication we would like to hear from you. Please click on the link and complete the form before submitting it to us.

Jessica is sent for an ultrasound scan but is left waiting for her results. When she receives them from a GP, she is left confused and uncertain as to what is wrong with her.
Read more

I focus on health literacy and accessibility of information in healthcare but it wasn't until my dad was diagnosed with prostate cancer that I experienced this first hand.
Read more

Clair describes her passion for receiving palliative care to support her living well with a terminal illness.
Read more 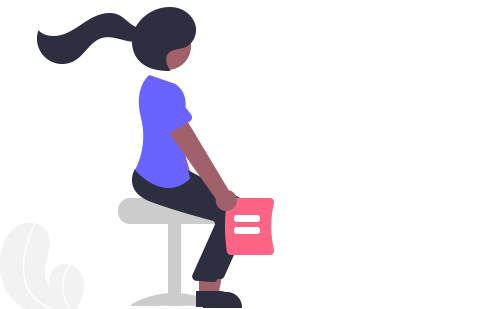